The Uncontainable Energy of YACHT

The Uncontainable Energy of YACHT 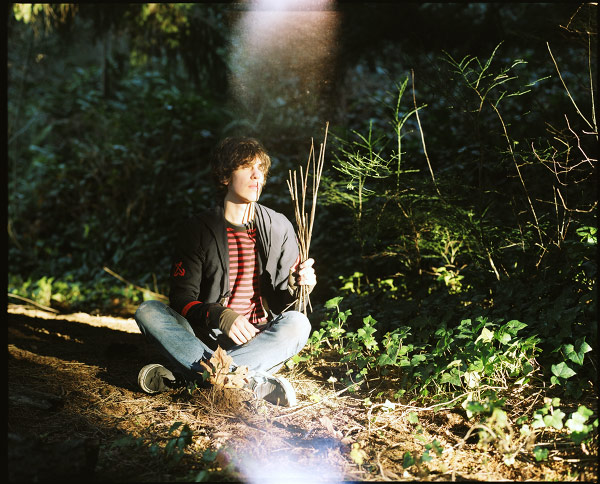 YACHT is Jona Bechtolt (Pronounced “John-ah”. Born Jonnal of Burns, Oregon if we are to believe his fantastic bio.) He’s widely recognized as a laptop mastermind, gaining a higher profile from the success of The Blow – Paper Televison for which he plays the role of production maestro / co-writer. In fact, writers have gone out of their way to say, in a nutshell, The Blow would not be particularly noteworthy without Jona’s contribution to the songs. It appears that despite rumored deep turbulence between the duo, they are great foils for each other. Without Khaela Maricich‘s input, Bechtolt’s music alone can occasionally be overindulgent, if not grating. Likewise, you need only to sample the Â  of Maricich alone– lo-fi, bedroom recorded, art school confession guitar songs — of The Blow, to hear the welcome evolution. But, most often he’s right on point with YACHT, taking you deeper into sound than you’ve thought of travelling.

His bag of tricks include genre-bending par excellence, outmoded 80’s drum machine fills, crazy sonic juxtapositions, uncluttered beats, snappy, clicky tempos and an enthusiastic stage show performed by kneeling child’s-pose-like in front of his laptop on the floor, then taking the mic and running around. It’s a wonder he hasn’t stepped on or kicked his computer to death, as the music does tend to take control of his body. Live, the grating, hard on the ears tracks are positively invigorating, sounding like swarms of locusts flying out of the speakers. (Probably a great show to see high… if that’s your bag.)

Yacht’s production skills are undoubtedly honed by his expert drumming. His occasional Devendra gig has ensured that you can see him on the skins every now and then. In The Blow, he has been known to play beats freestyle with the keypad on his laptop, making the live Blow experience a little more organic than it has been of late. No slouch, that Jona.

Rumor is there’s a new Yacht album about to drop, but it’s not clear whose imprint will be found on the back. A front-runner may be Portland upstart Frykbeat.Â

{2/13: YACHT’s I Believe In You, Your Magic Is Real is set to bome out on Portland’s Marriage Records in May.)

If his music isn’t enough to blow your mind, consider his mastery of web design evidenced by his regularly updated website brimming with content and his graphic fatherhood of the Urban Honking blogger collective , as well as his video production and comedic acting on display at the popular Ultimate Blogger reality TV spoof. Too much energy right?