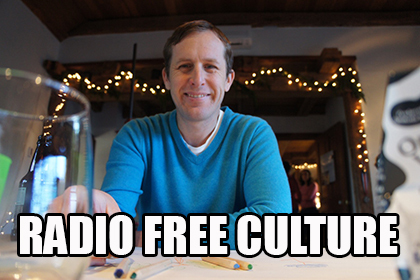 Listen to the interview, which covers my history as music creator, Creative Commons adherent, and Free Music Archive contributor here:

In the interview I discuss my first exposure to the concept of Creative Commons, an article in Wired Magazine geometry dash for free.  My memory that the creator of Creative Commons had ties to Wired was wrong.  (Perhaps I was crossing my wires with  the “long tail” concept.) Anyway, Creative Commons did get an awareness boost from a cover article in a 2004 edition of Wired that also featured a CD of artists (The Beastie Boys, David Byrne…) willing to have their works remixed within the new Creative Commons legal framework myheritage dna daten herunterladen.

Creative Commons was founded in 2001 by law professor Lawrence Lessig, Hal Abelson, and Eric Eldred to address a problem created by antiquated copyright laws in the U.S nero download kostenlos vollversion windows 10. and around the world. In an era where it was becoming easier to share works via the Internet, copyright law seemed to be moving in the other direction by increasing term limits and restrictions on reuse youtube musik kostenlos und legal herunterladen.